The Yoga Traditions, Developments; an Overview

The Vedas are believed to be over 5000 years old. The term “Hatha-Yoga” originated from the Vedas

The a collection of 108 writings dealing with the Vedas and other scriptural writings. 108 is a mystical number. A Yogi’s prayer necklace has 108 beads.

3 of the Upanishads are particularly interesting for us interested in Yoga, they are the

Gheranda Samhita was an oral tradition. “Gheranda” was the teacher’s name. I don’t recommend buying this book because it won’t make much sense without a Yogi or teacher to explain it.

Serpent Power, by Sir John Woodroffe explains the chakras and has excellent images.

Traditions that are important to the Yoga Tradition

Buddhism has no description of a God, no Cast system, and no Sanskrit, the language of the scholars.

Sufisum is a mystial branch that developed out of Islam. Sufisum has a practice that is similar to Yoga. Some of our Yoga practices come from Sufisum, like Sufi Circles.

Shivaimus is a Yoga practice that focuses on uniting Shiva and Shakti.

Jainismus central point is Ahimsa, Yama and Niyama and follows the 8 Fold Path with 16 Commandments, rather than 10.

Yogananda was a Yogi and well-known speaker as well as an authority in Kriya Yoga.

Ramana Maharshi was one could say, the biggest Yogi in India. He believe that both the mystial Christian and Islamic paths were good and led to the same goal.

Krishnamurti was a great thinker and free spirit who inspired others to get beyond dogmatic thoughts and actions.

Theosophy contributers include Rudolf Steiner, and C.W. Leadbeater, who “discovered” Krishnamurti and Annie Besant to name just a few.

Ashtanga Yoga is the 8 fold path to self and God. Click on the link above to read more…

This Intro to Yoga is by no means complete.
From your personal experience, what would you add? What do you think is important to mention?

I’d love to hear from you! Any comments are appreciated. 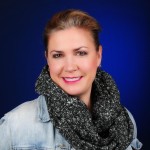